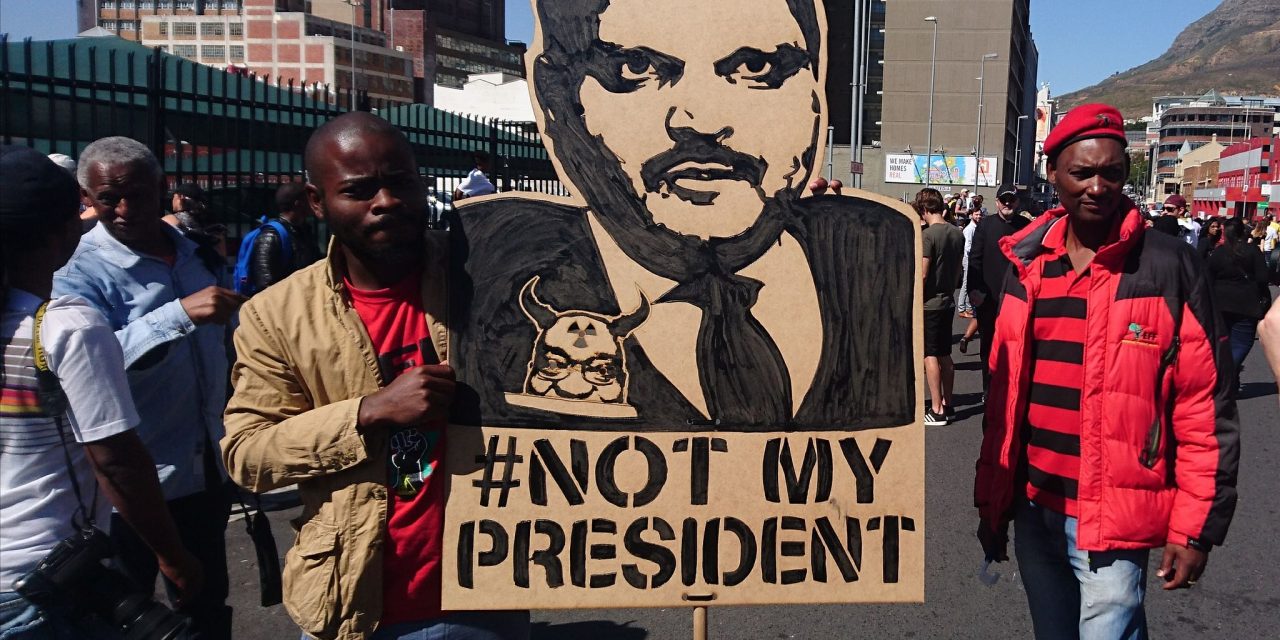 Who Are The Guptas?

In a previous article on Jacob Zuma,  I mentioned a family called the Guptas and referred to Jacob Zuma as their “puppet” but who actually are the Guptas and how do they influence South African politics?

Imagine the most stereotypical, sleazy capitalist, then do a Google image search for  Ajay Gupta, the resemblance is uncanny.

Their insane wealth isn’t the major problem with the Guptas, it’s how they use it. South Africa sadly deals with a major problem of corruption, President Jacob Zuma alone is facing almost 800 corruption-related charges. Corruption seems to be an endemic problem with the public sector in South Africa and the Guptas only worsen this problem. The term “Zupta” is a cute little name given to the idea of the Gupta and Zuma alliance, don’t let its cuteness fool you, it’s destroying South Africa.

Besides hiring Zuma’s relatives and lining their pockets with money, the Guptas have also bought Zuma a house in Dubai. In March 2016  Deputy Finance Minister Mcebisi Jonas revealed that the family offered to the minister’s office in 2015.  Former ANC MP Vytjie Mentor said that she was offered the key post of Public Enterprise Minister by the Guptas during a meeting at their mansion back in 2010. Vytjie also claimed that Zuma was at the mansion as well. Predictably Zuma and the Guptas deny these allegations.

In 2013 the Guptas flew in guests to their daughter’s wedding, the problem is this plane landed at the Waterkloof Air Base near
Pretoria, this base is normally reserved solely for Heads of State and visiting dignitaries. These guests were then given a police escort to the resort where the wedding was taking place.

In South Africa, political parties are not required to release information on donations to their party. This, unfortunately, makes it impossible to know how much money the Guptas have directly given to the ANC party in order to prop-up the Zuma administration.

Luckily there are people trying to remove the Guptas, the problem is people are also trying to defend them meaning even the topic of the Guptas alone is forcing a divide into the political state in South Africa.

One of the defenders of the Guptas is a man named Kebby Maphatsoe, he said the following in regards to the Guptas “We met them and asked serious questions [of them], and they responded. These are South Africans, they are not whites. They do not take profits out of the country; they invest,”

Leaving the anti-white undertones which seems to be becoming
normalised in South Africa, this statement shows the attitude of the government towards the Gupta family. It seems that the buying of politicians doesn’t even occur to Mr Maphatsoe, instead it’s all about the money and the investments, ignore the corruption and social implications of the Guptas, think only about the money. This is why South African politics is going downhill because the politicians seem to not even care about hiding the corruption, they care only about the money the Guptas line their pockets with.

Zuma is lucky however, he realised the shifting attitude towards him and the hatred the public now has for him; so, the Guptas bought him a place in Dubai so he can flee once his tenure as president is over next year.