It’s Wednesday, and the NBA Finals just concluded with the Golden State Warriors mere-sweeping the Cleveland Cavaliers with a 4-1 victory, winning their second title in three years. Congratulations to them, their players and the whole organisation. Especially Kevin Wayne Durant for also taking home the NBA Finals MVP. However, I still cannot make myself like that team.

Don’t get me wrong; I believe what the Warriors are doing is incredible. They are breaking records night in and night out, posting amazing numbers and playing some extraordinary basketball. But the way they do it, I just can’t get my head around it. I won’t consider myself a Warriors hater. I love Steph Curry, he is an exceptional player. I give respect to Klay Thompson and Andre Iguodala, as I believe they play a huge part in why this team is where it  is. I will also praise Draymond Green, regardless of all of his kicking-groins accidents and lost tempers; when it comes to basketball, Draymond executes. Finally, Steve Kerr is an amazing coach, knows how to lead both on and off the court, and he is a hilarious guy.

The reason I don’t like the Warriors is because of Kevin Durant.

Last summer, Kevin Durant came to the Bay Area as a free agent, leaving his beloved Oklahoma City Thunder and best buddy Russell Westbrook out to dry. Throughout the whole year, thee whole NBA world has been about the relationship these two players had, and whether they talk to each or hate each other. I don’t blame Durant for leaving, and that is not the reason why I don’t like him. He must have had his reasons, and I personally don’t know them. I don’t like him because of his attitude while playing. He acts as if his team is bad, and he is the guy that has to save them. I know this isn’t a popular perception of his game, but hear me out. Kevin Durant joined a 73-9 team. Yet, during this season he has been behaving as if his team would be losing against him. All the pre-game and post-game interviews show it. All his eruptive celebrations when the Warriors would toy around with teams such as the Lakers or the Nets support my argument. The Golden State Warriors are most probably the face of the NBA now – when it comes to teams – but I just cannot take them seriously while they keep acting childishly. Last night was a demonstration of my argument. With a minute and a half to play, Warriors up by 11, Kevin Durant started crying during a possession. I don’t believe it is disrespect or anything, him celebrating too early, but I don’t think it is appropriate for a player of his caliber and his status to be this childish in the wrong situations. Therefore, let me ask you something: how did Kevin Durant win the Finals MVP, and not LeBron James?
It does sound weird; a player on the losing team winning the Finals MVP award. But it happened. In 1969, Jerry West won the award, while the Lakers lost to the Celtics 4-3.  So it isn’t something for the record books, and it does seem appropriate for James, given his style of play. The man average a 33.6 PPG, 12 RPG and 10APG triple-double in the series. That is for the record books. Durant’s numbers? 35, 8 and 5. LeBron also led his team in all categories except steals, where Kevin Love leads that. That is for record books, again. Playing for a team where two of your key players averaged 11.8 and 5.6 PPG, where the key rebounder got out-rebounded twice in the series by Stephen Curry and the laser three-point shooter – second only to Stephen Curry – averaged 4.4 PPG and 31% 3FG. And he still managed to not get swept and keep the spirits high at the age of 32? That is for the record books.

So no, I do not want to hear LeBron James is worse than Michael, or his legacy is lost. LeBron had nothing to prove these Finals. He delivered his promise to Cleveland last season and he did what no other man did before him in the Finals this season. I will admit that he just missed the Bill Russell award this year, but his legacy is untouchable, as he proves himself over and over again.

Lastly, if LeBron didn’t get the Finals MVP while averaging a triple-double, does Westbrook get the MVP for his averaged triple-double? I leave that for you to decide. 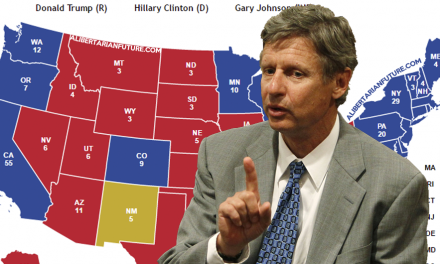