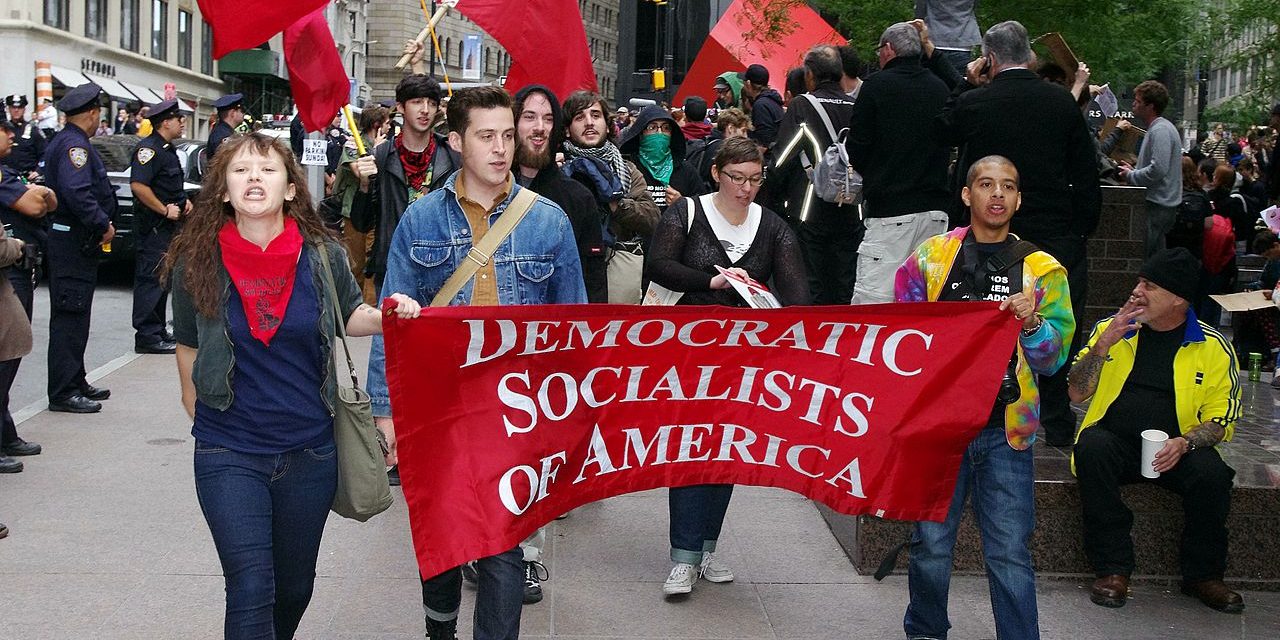 Socialism is a political system where the state manages and controls the economy. The government regulates and controls what is produced, how it is created and what happens after a product is produced. Many countries in the world are slowly moving toward full blown socialism. We see this in the rise of Bernie Sanders and Jeremy Corbyn.

Socialism, however, is a deeply immoral system which relies on the premise that you can take things away from people because you want it. Socialists often have a mentality of “I’m alive. Therefore the state and the rich owe me”. Here’s the thing, no one owes you anything. I don’t owe you 50% of my wage because you want everything you do to be subsidised or free. YOU owe yourself. The reliance should be on the individual to provide themselves with everything they need, and if they cannot, charities should step in, not the state.

The major issues with Jermy Corbyn’s and Bernie Sanders’ ways of thought is they tend to not focus that much on the poor, in reality, they only talk about the top 1%. Margaret Thatcher cleared it up best:

[Labour] would rather the poor are poorer, provided that the rich were less rich, that way you will never create the wealth for better social services as we have

Many Socialist (admittedly not all) seem to be fixated not on what they have but on what everyone else has. We shouldn’t care how rich the richest people are; it doesn’t matter. What countries need to do is focus on creating wealth that spreads to all, not focusing only on trickle down economics (as it tends to have a slow acting minimal effect). We need to increase innovation and competitiveness in markets to lower prices and make it easier for people to live.

The answer to everything should not be the government playing the role of Robin Hood. It should be creating wealth through other means. Socialism is the most selfish political philosophy in existence; it relies on the mob being so selfish they are okay with taking people’s possessions and wealth from them in order to get anything they want, this is immoral.

As described above the basic principles of Socialism are selfish and immoral, but what about the side effects? Sure you’re fundamentally stealing, but it’s for a good cause. The problem is with many socialised services you end up having to ration. The NHS service, for example, has “death panels” (not the official name obviously but it’s more fitting). These “death panels” force the state or other liberal elites to ration off health care and fundamentally deciding who dies and who lives. The existence of death panels isn’t an unknown fact about socialised medicine, but it seems to be ignored by the politicians who propose it. (Click Here for documentary on death panels: The Price of Life

Now I’ve gone this long without mentioning Venezuela or Cuba or past states which have failed because of socialism, but it is time to show why socialism doesn’t work and is deeply immoral.  Now it’s quite hard to count the deaths or hardship that Socialism has caused. Eastern Europe collapsed under socialism; Mao Zedong killed millions and Venezuelans are now starving. The problem is many of the issues in these countries aren’t solely due to do with socialism but sometimes have some other factors. Depending on which historian you ask the Nazis were either Socialist or far-right. These weird areas of defining socialism and grading socialism make it nearly impossible to judge the deaths and hardship socialism has caused. However, almost every single socialist state has failed and there are very few socialist states left in the world. Even the Scandinavian countries which Bernie loves to use as poster boys for his Democratic Socialist movement aren’t completely Socialist. It is impossible to have a fully socialist country which runs for more than a century. More importantly in order for the countries to continue to run they need to limit freedom, limit free speech and dictate what you buy, eat and do every single day. The socialist states in the world always collapse as they go against human nature. Socialism is one of the most evil and damaging political philosophies out there; it limits freedom, forces governments to ration everything and has lead to the death of millions.

Socialism fails because it goes against human nature. Human nature is to compete with one another and to be greedy. Capitalism accepts this and forces people and companies to compete for your money, providing cheaper, better and higher quality products overall. Capitalism in its purest form only works with some forms of generosity and altruism, however. In order to ensure people aren’t left behind and abused we do need some basic regulations (employee abuse regulations) and we need charities to be able to supply people with subsidies and support when the government can not do this. Capitalism isn’t amazing, but it’s better than Socialism.

To paraphrase Churchill: Capitalism is the worst economic system except all others that have been tried.